The LSA is a 6.2L aluminum-block, Gen. 4 supercharged engine. Between 2009 and 2015, LSA engines were available on high-performance GM automobiles. LSA engines were not equipped with Active Fuel Management (AFM), Variable Valve Timing (VVT), or Flex Fuel (E-85) technology. Deck plates were used for the precision machining of the blocks. Additionally, they had piston oil squirters to enhance durability.

The LSA was equipped with rectangle port cylinder heads (LS3-style) However, for added strength, the supercharged heads were Rotocast. The engine blocks have a bore of 4.065 inches. The engine block casting number is identical to that of the LS3. 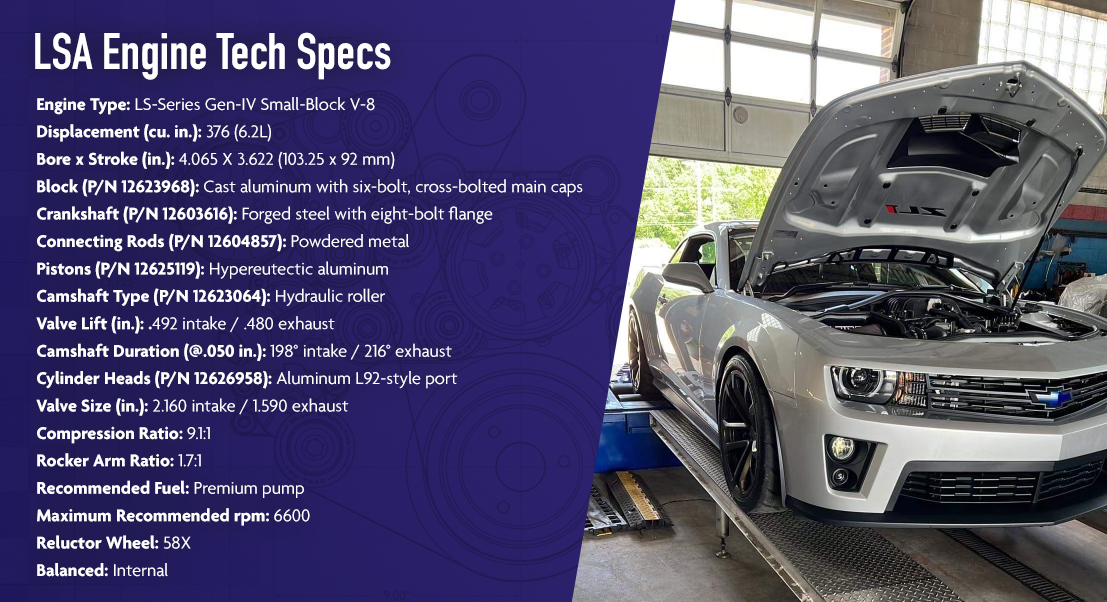 What can I do to get more power out of my LSA?

The LSA engine makes a lot of power and can easily make more! Upgrades are usually done in stages. Each level will provide more performance than the one before it. However, they will also be more involved and expensive. The LSA is a 6.2L aluminum-block, Gen. 4 supercharged engine. Between 2009 and 2015, LSA engines were available on high-performance GM automobiles.

LSA engines were not equipped with Active Fuel Management (AFM), Variable Valve Timing (VVT), or Flex Fuel (E-85) technology. Deck plates were used for the precision machining of the blocks. Additionally, they had piston oil squirters to enhance durability.

The LSA was equipped with rectangle port cylinder heads (LS3-style) However, for added strength, the supercharged heads were Rotocast. The engine blocks have a bore of 4.065 inches. The engine block casting number is identical to that of the LS3.

The first upgrade we recommend is tuning the computer. This involves changing the fuel and ignition curves to optimize performance. A good tune can gain up to 40 hp on a stock engine. (Any significant upgrade will require re-tuning the computer.) Be mindful of who you select to tune the vehicle. Many speed shops and even individual tuners are out there.

Plenty of competition, but there are a select few known for their expertise with LS motor applications and tuning. Proper tunes are critical to engine performance, sustainability, and long-term engine health. Do your research and be willing to pay top dollar – the tune is worth the extra money to get it right the first time.

Upgrading a few bolt-ons at the same time makes sense. Here are some popular choices. (Note: In the links below, sort by year, make, and model to find the right part for your vehicle.)

The benefits of a cold air intake are significant. Think of it this way: your car’s factory air intake system has a cold that clogs up the head and restricts its breathing. It cannot run well under this circumstance. So, a cold air intake serves as a great “medicine” for the engine to function at full efficiency. Roto-Fab is far and away the industry leader for CAI on LSA applications.

Shorter upper and lower pulleys are a no brainer for supercharged LSA engines. There are plenty of options out there from Metco to Griptec. All great products. These are relatively inexpensive, easy to install and do not detrimentally impact drivability for the car.

Stock exhaust manifolds on any modern muscle car certainly restrict the engine performance/power. Headers are one of the simplest performance-enhancing accessories to install on an LSA engine. The purpose of headers is to facilitate the engine’s ability to expel exhaust gases from the cylinders. After leaving the cylinder in a typical engine, the exhaust gases travel to the exhaust manifold. In a four-cylinder or eight-cylinder engine, each manifold serves four cylinders. Exhaust gases from the manifold flow into a single pipe that leads to the catalytic converter and muffler.

The manifolds can be a significant source of back pressure, as exhaust gases from one cylinder build up pressure in the manifold, affecting the next cylinder that uses the manifold.

The purpose of an exhaust header is to eliminate the back pressure of the manifold. Each cylinder receives its own exhaust pipe as opposed to a shared manifold. These pipes connect to a larger pipe known as the collector.

Each individual pipe is cut and bent to the exact same length as the others. By making them identical in length, it is ensured that each cylinder’s exhaust gases will enter the collector with equal spacing, preventing back pressure from being generated by the cylinders sharing the collector.

While a bit expensive, a quality set of long tube headers from the leaders in the space: American Racing, Kooks, Stainless Works really wake up any LSX platform. Long tube headers and a high flow catted x-pipe, or off-road (non-catted) x-pipe along with the tune easily bring 30-50 rear wheel horsepower to the vehicle. This goes without mentioning the dramatically favorable enhancement to the sound of the vehicle/exhaust note.

Depending on which components you add or remove from an aftermarket exhaust system, you can anticipate various gains. The first is typically increased strength. As previously stated, stock exhaust systems are restrictive; an aftermarket system will allow your vehicle to “breathe” better. This creates more space for fuel and air intake, resulting in increased power.

The stock cat-back exhaust systems on 2006+ General Motors vehicles were nice and sound great with headers and aftermarket x-pipes. The NPP dual valve systems enable drivers to open and close flaps in the exhaust to adjust loudness and tone. This is a popular option for people that don’t wish to disturb neighbors when coming and going. As with many muscle car part categories, aftermarket options for exhaust are endless.

MPI is a strong advocate of Corsa Exhaust systems having had plenty of their products on various applications in the past.

Corsa has worked hard in their design process to eliminate or minimize exhaust drone. They’ve succeeded in that and made high end systems that produce a unique sound well known to modern muscle car enthusiasts.

Additionally, aftermarket exhaust systems can reduce the engine’s backpressure, thereby reducing the stifling effect. It is important to note that backpressure is not bad for your engine and that some of it is still required to maintain the best possible air-to-fuel ratio.

However, without proper research and knowledge of your vehicle, installing an aftermarket cat-back exhaust system will likely result in enhanced output and again, a euphoric sound that makes the driving experience all that more enjoyable.

MPI’s engineering team has developed an LSA Lid that integrates seamlessly into the engine compartment and provides superior airflow distribution to the rear cylinders compared to the standard LSA upper lid. Machined from cast aluminum, this lid is compatible with factory LSA 1900 Supercharger.

The LSA Supercharger Lid is also available with upgraded intercooler cores, which is 2.5 times larger than the OEM core for enhanced cooling performance. The Harrop Intercooler Core is equipped with high density fins, closed pitch tubes, and billet end tanks to withstand higher boost pressures than the factory end tanks, which are susceptible to collapsing under load. 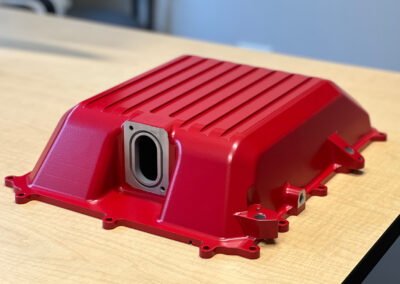 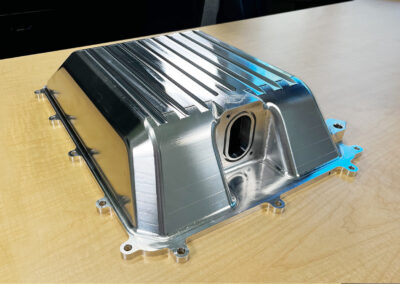 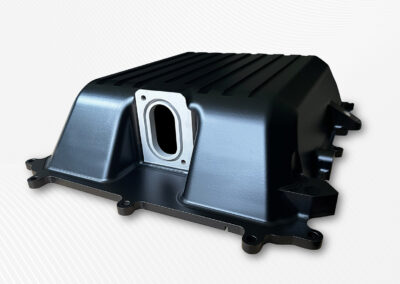 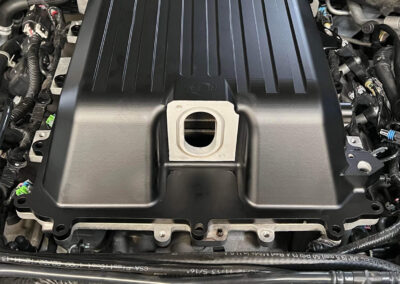 Most custom racing thermostats will fit flawlessly into your existing thermostat housing. It will increase the cooling efficiency of the entire engine. Custom thermostats will significantly reduce the high engine temperatures generated by modified and upgraded engines.

Once the engine is fully warmed up, thermostat will open at a lower temperature than the stock thermostat, permitting the coolant to flow through the engine sooner, thereby reducing and maintaining cooler engine temperatures, and enhancing the durability of your vehicle’s cooling system components.

In this article, we discuss performance upgrades that are inexpensive, simple to install, and have no effect on the engine’s internals or the car’s drivability. When people get more aggressive with changes like changed heads, custom grind camshafts, and so on, these mods might change the reliability and drivability of your LSA engine if not done correctly.

if you’re looking for performance enhancements, adjustments in this brief overview can help you get to the finish line faster and with less effort.

Maximize the efficiency of your OEM Parts.

Sourcing the highest-quality OEM Automotive Parts at competitive prices from around the world.

Resourceful and innovative Marketing Pro, with 20+ years of progressive experience in the marketing and creative technology industry. Responsible for digital and traditional marketing efforts that promotes brand awareness, increases engagement, and drives revenue.
← On The Job with Kent GrovesSourcing Parts to Canadian Markets →